The criminal's right to defend themselves.

From Gaza we receive every day heartbreaking images. 500 dead, 100 children between them, 3000 injured. This is the horror account.
The media mass which take part aside Israel informer us about 20 dead in Israel. They meant that both sides are guilty.
The protector of Zionist government of Israel, USA government, begins to stammer when they have to defend something simply imposible to defend. They say that Israel has the right to defend, but this right is turning on a humanity crime. So maybe, staying alone at home, while eating the lunch or dinner they choke with their food then of watch the image of a child under a destroyed bulding.
Since Israel was founded in 1948 they have only had one goal, to occupy the land of Palestine. But I don't going to talk here about the story of this conflict, because I am not expert.
I just want to share my opinion with you.


I was looking for information about the number of dead in this conflict when I found an article from a site entitled “Jewish”. In it the man who wrote it was counting the dead people since the conflict began in 1948, about 50,000 people he says.
Then he compared the number which other killing in the history to conclude that Israel is not that criminal which people say, because it caused less dead than others.
So he counted the dead to be able to say to himself; they aren't too much.
It's clear that some people confuse being jewish with the fact to defend the crime made by Israel government and its army. I am catholic, just by accident because there was a time when in Spain to be Catholic was a duty. The thing is that i will never defend the ideas of Catholicism in gays issues (they condemen the freedom of people to chose), or abort (they condemen the freedom of women to chose), or even the crimes in the name of Catholicism in the past (Inquisition).
What did these people who defend this crime of Israel, in the name of being Jewish, say if we said that Holocaust was the right of Nazis to defend. They simply would horrify!
As I do when I read or listen to people justify in this way the killing of innocent people in Gaza.
I know that lot of jewish people is agree with me because they are decent people who put ahead his human condition of his religion or culture.
Lot of people from USA condemned and protested against wars and external politics of their government and they aren't less american cause by it.
Decent people can't defend the crimes.
I wonder where is the humanity of the people who defend the killing that Israel makes against innocents in Gaza currently.


Obama says that Israel has the right to defend, but at the same time he express against “the right to ukrainen partisans to defend theirselves” from what they think is the usurpation of their choice, because the government they chosed was deposed by a coup.


Now, while blood plows through the streets in Gaza, they look like very worried about to find out who launch the bomb to the plane in Ukraine, as if they never would have been able to prevent. And the history comes to me so easy, like the words in that song... There is always a blast; a ship in Cuba War, Ocean Liner in First World War, Pearlharbor in Second World War, Twin Towers, and now a plane... It's hard to me not think about the interest of USA diplmacy in all these stuff... Because they use the emotion and the pain when they want to justify something. It sounds like a movie who you have watched lot of times so you know the end.


The Nobel of Peace Obama is too much involved in wars in my opinion. I keep a comment that I have read in facebook... maybe he is busy looking for the Nobel award which must be lost, and I add... maybe Nobel decided to move from Obama's home. 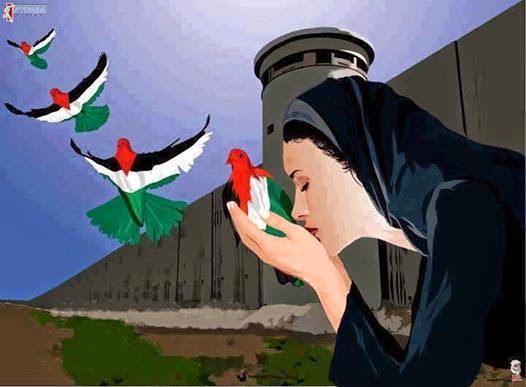